From William Hartnell’s 1963 debut to Peter Capaldi in 2013, a total of 12 actors have portrayed the enigmatic Doctor, eponymous star of the TV series Dr Who. As the BBC and the Doctor’s many fans worldwide prepare to celebrate 50 years of this unique take on science-fiction, we offer this infographic detailing key characters from the series.

Fans of the Doctor might enjoy our recent sci-fi special, in which we looked at the restoration of original Dr Who episodes; talked to Sir Terry Pratchett and Stephen Baxter about their Long Earth multiverse; celebrated the legendary sci-fi artwork of Chris Foss and pondered the prescient nature of Stanley Kubrick’s landmark film, “2001: A Space Odyssey“. 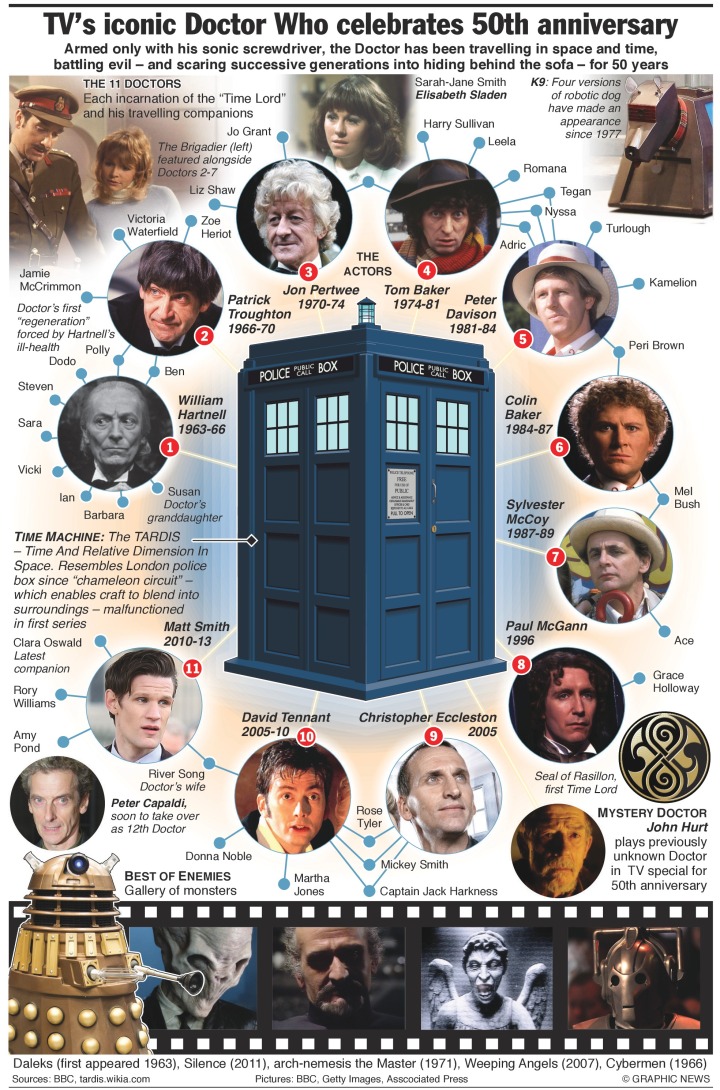