The second rocket launch on July 28 reached a height of 3,700km before landing in the sea about 1,000km away. Fired on a flatter, standard trajectory, it could reach US cities such as Los Angeles, Denver and Chicago, according to David Wright, a missile expert at the Union of Concerned Scientists.

Michael Elleman, senior fellow for missile defence at the London-based International Institute for Strategic Studies (IISS), said that the rocket’s engine is very much different from that of the Musudan intermediate-range ballistic missile that the North was believed to be working on as a step toward an ICBM.

“It’s highly unlikely that it was indigenously designed, developed and produced. My working hypothesis at this point, given the performance of the engine, its appearance, it likely is derived from an old Russian engine called the RD-250,” said Elleman.

The RD-250, which powered the first stage of a Soviet SS-9 (R-36) ICBM, was designed by the Ukrainian Yuzhnoye State Design Office and manufactured by the Yuzhny Machine Building Plant, also in Ukraine. North Korea is believed to have obtained the blueprints from rogue rocket scientists or on the black market in the 1990s and has spent years working on prototypes. 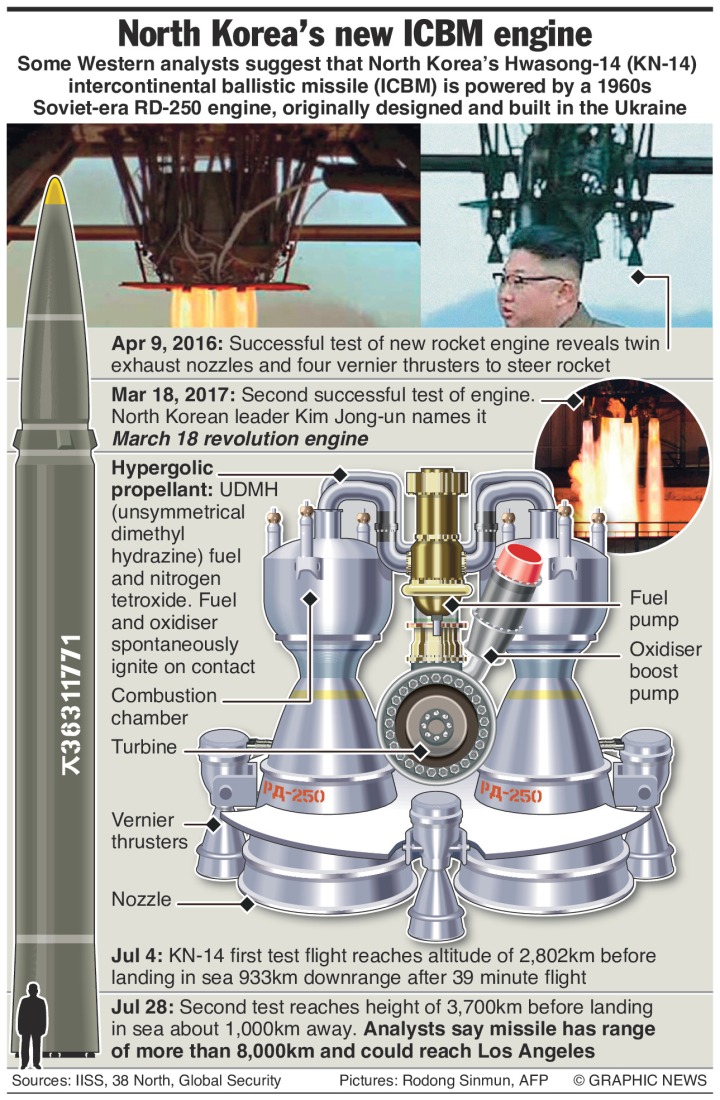