The 65th anniversary of the publication of the structure of DNA by James D. Watson, Francis H.C. Crick, Rosalind Franklin and Maurice Wilkins takes place as scientists debate the ethics of new gene editing techniques.

It was Saturday lunchtime on February 28, 1953, when two Cambridge University scientists pushed open the doors of The Eagle, a favourite pub for researchers at the nearby Cavendish laboratory.

The duo, 25-year-old American bacteriologist and birdwatcher James Watson and Francis Crick, a 37-year-old British physicist, announced that they had unravelled the double helix structure of deoxyribonucleic acid, DNA, saying: “We have discovered the secret of life!”

The momentous discovery was made possible by the research of Rosalind Franklin and Maurice Wilkins, who produced X-ray diffraction photographs of DNA at King’s College in London. Franklin’s DNA picture experimentally confirmed the correctness of the theoretical double helical model Watson and Crick were developing.

Watson and Crick published their findings in Nature, suggesting that the two coiled strands of DNA allowed it to create identical copies of itself, creating a link between generations. 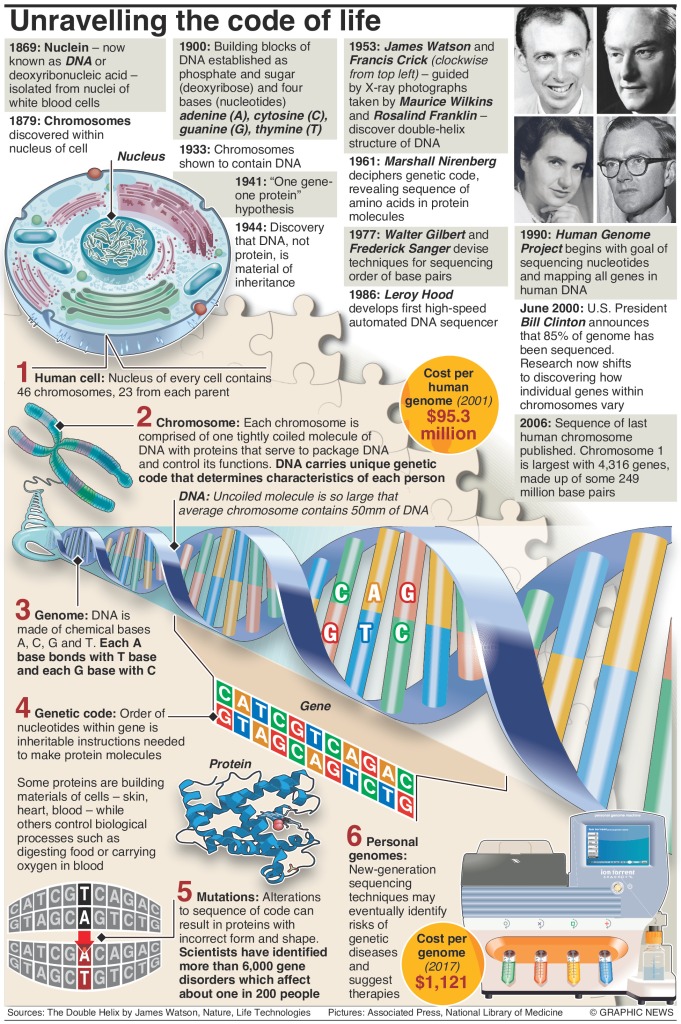