The European Court of Justice (ECJ) – the highest court within the European Union – is to rule on whether crops developed using so-called “New Breeding Techniques” like CRISPR/Cas are the same as those achieved through traditional plant breeding.

The ECJ decision, expected in the coming weeks, follows a request by the French Council of State, on behalf of the Confédération Paysanne, for a legal ruling over whether organisms obtained by “mutagenesis” are exempt from the EU’s Genetically Modified Organisms (GMOs) Directive.

In 2001, the EU directive defined genetic modification as inserting DNA of one organism into another but opened a legal loophole by permitting “mutagenesis exceptions” for the altering of the genetic makeup of a plant or animal through techniques such as irradiation.

The biotech industry has coined the term New Breeding Techniques (NBTs) for plants created by modern mutagenesis such as the CRISPR/Cas technique. The Confédération Paysanne argues that these plants are “hidden GMOs” and carry a risk of significant harm to the environment and should not be exempt from regulation.

On Jan 18, the Advocate General to the ECJ, Michal Bobek, issued a preliminary opinion, stating that gene-editing techniques can benefit from the mutagenesis exception if they do not involve the use of recombinant nucleic acid.

Bobek’s opinion separates the insertion of foreign DNA into a plant or animal from types of gene editing that do not use such practices.

Despite the gobbledygook, both pro and anti-GMO camps are keenly awaiting the outcome in the ECJ, but ultimately the fate of NBT plants will be decided in the Court of Public Opinion. 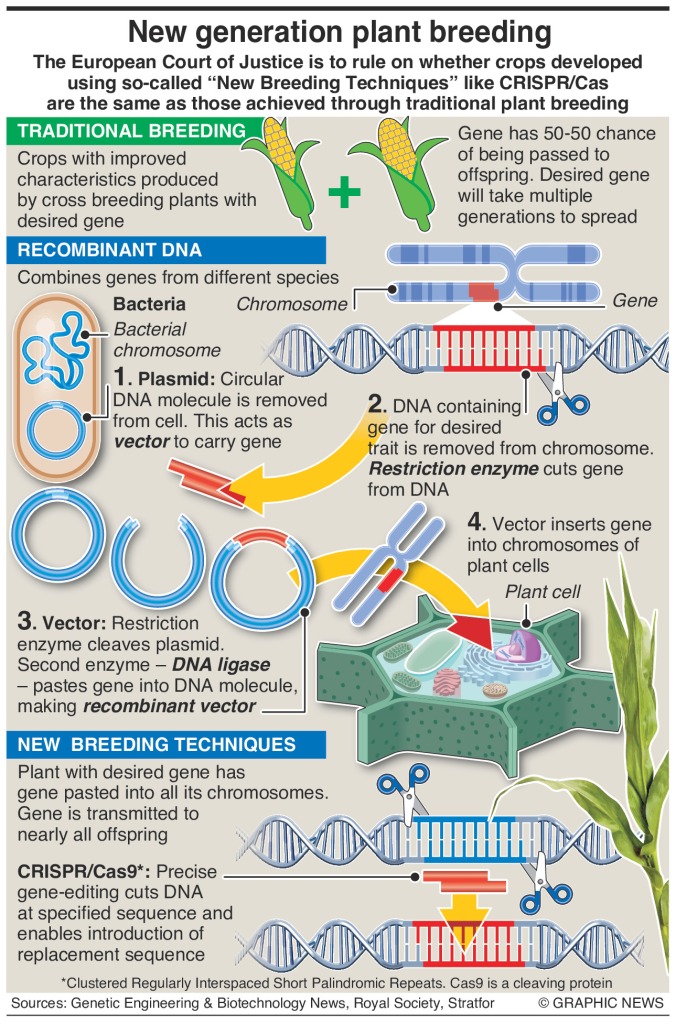