Everyone’s favourite future-facing tech titan Apple Inc is facing a whopping €13 billion EU tax bill (plus interest!), after it was decided that the extremely favourable (at least for Apple) tax conditions set by Ireland breached EU rules. Funny that.

The EU ruling decreed that Ireland had illegally slashed Apple’s tax bill over several decades. It is the largest penalty in a three-year EU crackdown on so-called ‘sweetheart’ tax deals. We don’t know about you, but of all the sweethearts we’ve ever had in our lives, not one of them slipped us €13 billion. 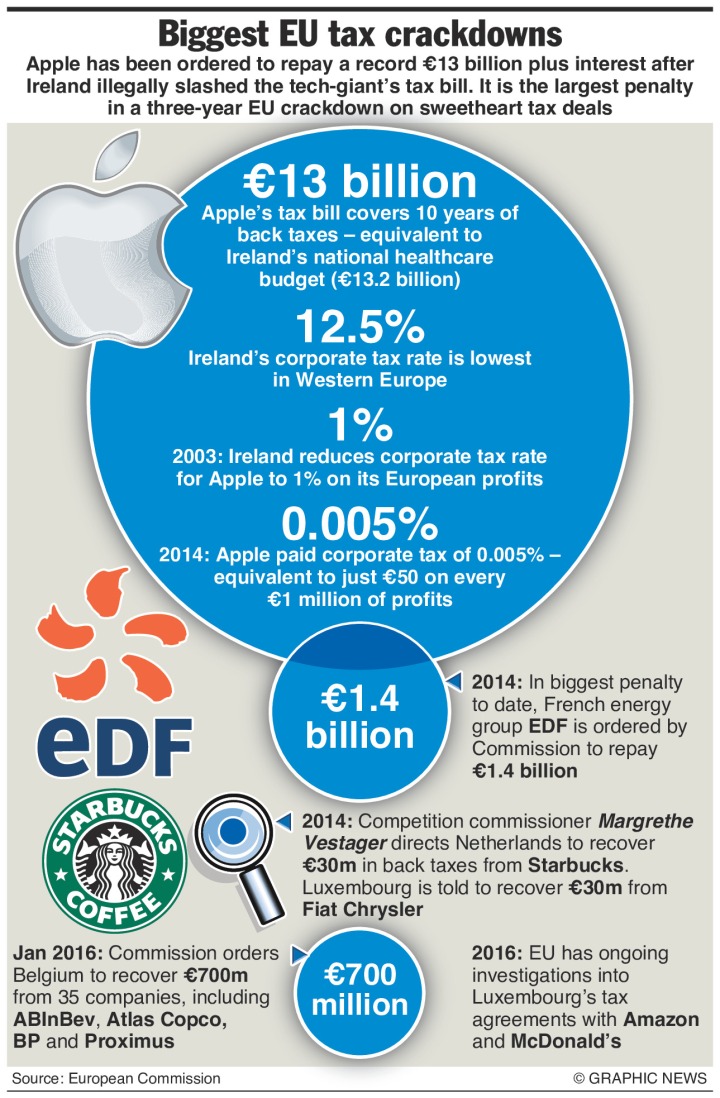